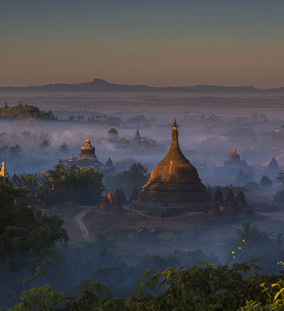 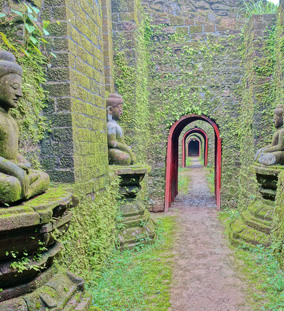 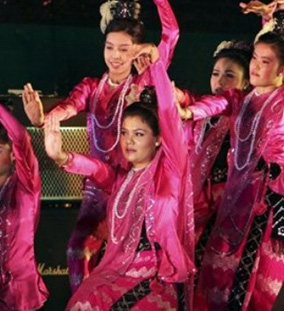 A Brief History of Mrauk U
For centuries, Mrauk U, the royal capital of Rakhine (Arakan), prospered on international trade and readily took in people and ideas from across the Asian continent and beyond, a flourishing civilization with the most cosmopolitan court in modern Myanmar history.

At its height in the mid-16th to mid-17th centuries, Mrauk U drew its wealth from the coastal trade with its neighboring countries. Its planning, architecture and sculpture were influenced by developments from beyond its shores. From the early centuries of the present era, Mrauk U was ruled by Rakhine (Arakanese) kings who adopted Rakhine, Pali and Indian titles and traditions to suit their own environment. Indian Brahmins conducted the royal ceremonial, Buddhist monks spread their teachings, traders came and went and artists and architects used Indian models for inspiration. 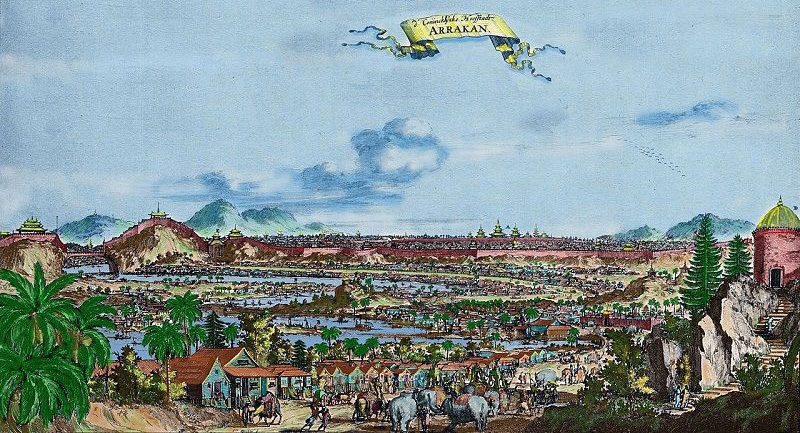 Meng Saw Mun
In 1406, the rightful king Meng Saw Mun had taken refuge in the neighboring sultanate of Bengal; he was not able to return to his throne until 24 years later. In 1454, he founded a new captial in the north of Rakhine, Mrauk U. His successors gave trade and territorial concessions to Portuguese, receiving in return, Portuguese military support and help in building new fortifications. Empowered by this support, Mrauk U was able for a period to extend its area of influence west as far as Chittagong. Toward the end of 16th century, Rakhine pillaged Bago and ruled for a short time the entire Ayeyarwady delta.

Once A Prosperous City
In 1629, the Portuguese Augustine missionary Sebastiao Manrique lived for several years in the city, which then had a population of 160,000 and wrote in glowing terms of the splendid court and the wealth that was evident everywhere. Only when the British occupation began in 1826 and the seat of administration was moved to Sittwe (Akyab) did Mrauk U lose its pre-eminent position. In all 49 kings are said to have resided in Mrauk U for 354 years.

Mrauk U At Present
Today Mrauk U is a small quiet town with a large number of pagodas and temples scattered all around. Unlike the people of Bagan, the inhabitants are still living among these religious edifices and have so far escaped expulsion. On almost every hill you will see sandstone pagodas in varying degrees of decay. Tourists are a rarity here and are treated by the locals with a mixture of sceptical reserve and cheerful curiosity. Every day life seems archaic, with water drawn from the well, and the main form of transport being bicycles and oxcarts.

Mrauk U Travel is getting more popular since 2012. Due to community violences last year, the government didn't allow tourists heading for Mrauk U. Recently tourist can travel Mrauk U as freely as before withut having to get a special permit.