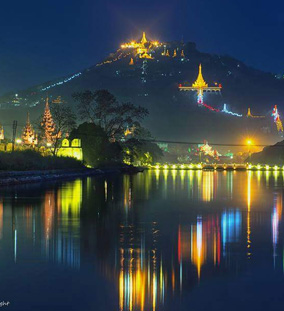 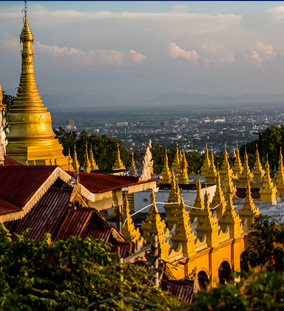 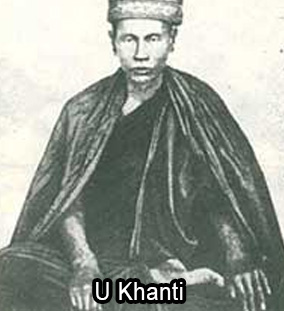 One of the main attractions of Mandalay to visitors is Mandalay Hill, probably owing to its mystical religious background. The 954 feet-high hill is a hallowed complex indeed as it is covered with pagodas, images of the Buddha and some other aspects of Buddhism. A motorway up the hill has been recently constructed and trees have been planted all over the hill as part of the greening of the city. One souvenir of the visit to the hill is the unforgettable vista of an eastern city seen from above the hill, especially at sunset.

The fame of the hill began to spread far and wide when U Khanti, a great hermit, started building religious structures including covered stairways all over the hill at the turn of the century. U Khanti is worth special mention as a great dignitary who did vast religious renovation and construction works all over the country especially at remote hills and forest areas at an inestimable cost, with funds from public donations. While the construction works were going on Mandalay Hill, two huge snakes were found and they were released unharmed into the forest. Their concrete figures can still be seen on the hill.